FREE SHIPPING ON ORDERS OVER $25

How to Travel Around the Maldives on Just $100 a Day

“You went to the Maldives? What, are you famous?”

This was a serious question asked upon my return home from this string of idyllic atolls in the middle of the Indian Ocean. While unfortunately unfounded (no, I’m not famous, thanks for asking), it does highlight the skewed kaleidoscope of exploding dollar signs through which many view the Asian island chain.

There’s this pervasive misperception that the Maldives, renowned for postcard-pretty beaches and luxurious honeymoon resorts, is a vacation destination reserved for the ultra-rich. But you don’t need to own a private jet or charter a yacht to enjoy the natural beauty of this stunning archipelago.

The Maldives aren’t cheap when compared to their neighboring countries, but nowadays travelers can enjoy them on a reasonable budget. By tweaking your itinerary, being smart about activity choices, and staying at affordable guest houses, you can create a trip rich in adventure—without breaking the bank.

It is, in fact, possible to explore the islands for less than $100 a day—a princely budget in neighboring countries Sri Lanka and India, but one that will barely cover breakfast at the Maldives’ fanciest resorts. However, if liquidating your 401K to rub shoulders with Hollywood celebrities, oil barons, and Russian mobsters isn’t your idea of a vacation well spent, you can actually travel comfortably in the Maldives on the cheap. No, you won’t be staying at a private island sculpted out of the sea, with palm trees and uniformed servants evenly spaced according to Da Vinci’s Golden Ratio. At $100 a day, your experience of the Maldives will be decidedly more quotidian, authentic, and—at least in our humble perspective—fun. Here’s how to do it.

If you want to switch up the scenery, chase some waves, or explore a new island, chances are you’ll be hopping on a boat similar to this one.

Keeping your daily budget to around $100 in a destination as notoriously expensive as the Maldives requires some savvy logistics. A large part of your budget will be spent on lodging and food, but transit can get expensive fast. Keep in mind that figuring out transportation in the Maldives is tricky—information isn’t exactly easy to find and sources can conflict. Be sure to take extra time on travel days, ask around, and avoid private transfers whenever possible, opting for public ferries and transit whenever you can.

Finally, while sampling the local cuisine at nearby restaurants is usually the preferred option over all-inclusive packages for budget travelers, given the lack of options and the sky-high prices on the islands, choosing an accommodations package that comes with meals is often a smart choice. Below is an approximate breakdown of an average $100 daily budget.

A Primer on Geography

You almost need a magnifying glass to check out the Maldives on the map—they’re that tiny. When solely considering land area, the chain of islands squeaks in at just under 185 square miles total, earning it the accolade of the “smallest country in Asia.” That said, the country is made up of more than 1,000 coral islands, which paint an approximately 500-mile vertical strip of sand and reef down the turquoise canvas of the Indian Ocean.

Though small in size, the stretched-out geography of the Maldives makes exploring the outer reaches challenging. As such, most travel is concentrated near the capital island of Male in the north. A general rule is that the farther you branch out from Male, the more remote and untouched the locale and the higher the transportation costs. To access some of the southern islands, for instance, you may have to take a smaller, more expensive plane or deal with longer ferries. Tougher access, less tourism, more expensive travel costs—nothing surprising here.

The Male airport is the country’s main international funnel and easily accessible from hubs like Dubai and Colombo, Sri Lanka. The North Male Atoll, the circular cluster of islands of which Male is a part of, offers plenty of adventures, a handful of world-class surf spots, and a variety of accommodation types. We had a blast on a budget while staying on the islands of Thulusdhoo and Himmafushi, both are which are easily accessed via a short ferry ride north of the Male airport.

Playing a little paddle ball in between a morning surf and an afternoon snorkel session.

Thulusdhoo is, by Maldivian standards, a humming local island and the capital of the Kaafu Atoll. The island has a slew of guest house options, several shops and restaurants, and gorgeous beaches. Surfing is the main draw here, as there’s a heavy right-hand surf break called “Cokes” on the southeast corner (named after the island’s Coca-Cola factory) and a barreling left break called Chickens just a short boat ride ($10 for two hours) across the channel.

On Thulusdhoo, Casadana offers clean, comfortable rooms ideal for traveling couples on a budget. The boutique hotel is run by a pair of brothers committed to guest satisfaction and showing visitors the island at a fair price. A breakfast buffet is included in the rate, and the affordable restaurant also serves up fresh smoothies, local fare, and delicious pasta dishes for lunch and dinner. Another bonus: Casadana has a boat that can be rented out starting at $10 a person for excursions like surf trips to North Male breaks, snorkeling, and romantic dinners on the sandbank. If you’re sharing a room, a full day at Casadana with one activity and three meals slides in well underneath the $100 daily budget—a bargain by Thulusdhoo standards.

Himmafushi is another local island, closer to Male than Thulusdhoo and home to a famous right-hand surf break called Jailbreaks, named after the Maldivian jail that used to designate the surf spot as off-limits. Nowadays, the break is fair game and can get fairly crowded, though nearby spots Honkey’s and Sultan’s spread out the crowds. There’s a little bit less happening on Himmafushi than Thulusdhoo, making it better suited for surfers than other visitors, although snorkeling, diving, and reasonable guest houses make the island worth checking out even if you’re not chasing waves.

It’s prices are a bit steeper than $100/day, but for just $16 more, the great-value Double Surf package at Just Surf Villa includes three hearty, healthy home-cooked meals, a large bottle of water, and, most importantly, two trips daily to the surrounding surf breaks (booking boat trips to surrounding areas can be one of the more expensive aspects of a stay in the Maldives). Also, if you buy seven nights, you get one free, which brings the daily rate down to just over that $100 budget.

This is a main draw for many travelers in the Maldives. Staying at an island like Thulusdhoo (which has Cokes right out front) or Himmafushi (home to Jailbreaks) will minimize expenditures, as you won’t need to book a boat to a different break everyday. (Pro tip: Bring reef booties if you aren’t planning on utilizing boats, as you’ll wade across shallow reefs where spiny urchins lurk in the crevices, just ready to ruin your morning.)

If you’re planning a surfing trip to the Maldives, get in touch with Luex (Line Up Explorers), a surf travel company that specializes in booking camps, resorts, and boats. Luxury options are available, but they’re also are extremely helpful in finding all-inclusive options based on your surfing level, ambitions, and budget.

Scuba diving is an alluring activity in this part of the world, though it is expensive. If you’re interested in splurging on a day of diving, Just Surf Villa offers a Just Dive program with reasonably priced dives and rental equipment.

However, if your budget is non-negotiable, skip the diving completely in favor of a snorkeling trip. While you won’t get quite as immersed in the depths, snorkeling in the Maldives can offer up glimpses of sharks, rays, turtles, and coral—all at a fraction of the price (be sure to budget $10-20 per person, per trip).

Sport fishing trips are famously expensive and likely out of the question for the budget traveler. A great way to get around this? Bring your own rod and fish off the shore, or wade out onto the reef. You can also bargain with local fishermen and book a boat for a few hours.

Insider Tips If You Go

ATMs are few and far between, and U.S. dollars are in demand in the Maldives. In fact, pay with USD and you’ll often snag a better rate.

Private Charter or Public Ferry? Opt for public ferries and other transit over charters whenever you can. For example, a private boat charter from the Male airport to Himmafushi can go for upwards of $100. While this is the quickest option, you can also book a seat on a private speedboat for $10-30, or buy a public ferry ticket for a few dollars (which will take an about an hour longer).

The Maldives is a Muslim country, and both Himmafushi and Thulusdhoo are dry islands—no booze is allowed. While alcohol is available on private resort islands and boats with liquor licenses, it’s apocalyptically overpriced. So why not consider forgetting about tropical drinks with paper umbrellas and taking a week or so off the sauce? Your wallet will get an extra boost, you’ll probably surf better than on your average Corona-fueled vacay, and there will be no hangovers to slog through as you appreciate the boundless beauty and adventure of this far-flung paradise.

Written by Drew Zieff for RootsRated.

“When you first get in, you’re going to ask yourself, ‘Why did I sign up for this thing?’ Your lips will be freezing. Your hands will be cold,” Patrick said, acknowledging the two parts of our bodies not protected by thermal layers, a neoprene dry suit and hood, or a[…] 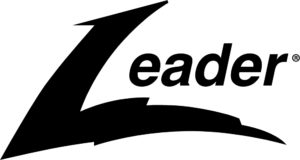